The girls pulled a tough draw and were up against it. They fought hard for two early pool wins, then it was round three against Westfield Sports High. The reigning champions got a few on us early, but MacKillop fought back and brought their ‘A game’ to tie it up at the end. For and against placed us second in our pool and up against Kildare College, Wagga Wagga, on the show court in the Semi Final. A convincing 23-12 win in the Semi set us up for the perfect re-match against Westfield Sports High on the show court in the Grand Final.

The crowd built and the girls felt the pressure with a few early errors seeing Westfield take an early lead of 5 goals. However, MacKillop didn’t waver, headstrong and determined, they found their rhythm. Fighting their way back, not only into the game but to win with a score of 16-14. A special mention must go out to Milla Evans who captained and led by example today giving 110%, and Savannah Castellino whose calm goal shooting under immense pressure was simply outstanding. This team was an absolute dream with such talent and pleasant young women to go with it. Mrs Abel, Coach, would like to thank Mrs Werchon, who helped coach and support the girls, and to all the parents who travelled down to support the team. 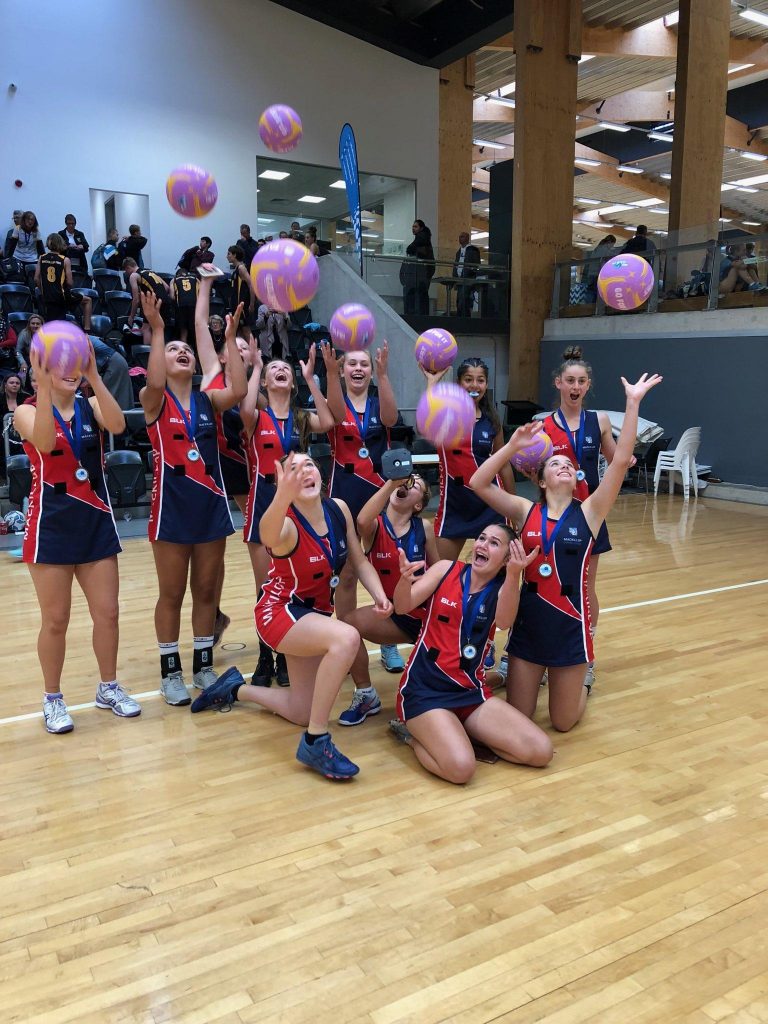