Students
Recently we held a special Message Stick ceremony, where Primary passed it onto Secondary.
The ‘Message Stick’ is an AECG initiative that starts at Kanwal Public School and continues its journey into many schools. It then finishes at Wyong High School for the Ngara Assembly of Excellence.
The message stick goes way back in Aboriginal culture and history. It is a form of communication commonly called a letter by Indigenous Australians. Traditionally, message sticks were passed between different clans and language groups to send messages. They were often used to invite neighbouring groups to corroborees, set-fights and games. The carrier of the message stick was granted safe passage across the other Aboriginal nation’s land.
We are honoured to bring this proud tradition back into current times on Darkinjung land. 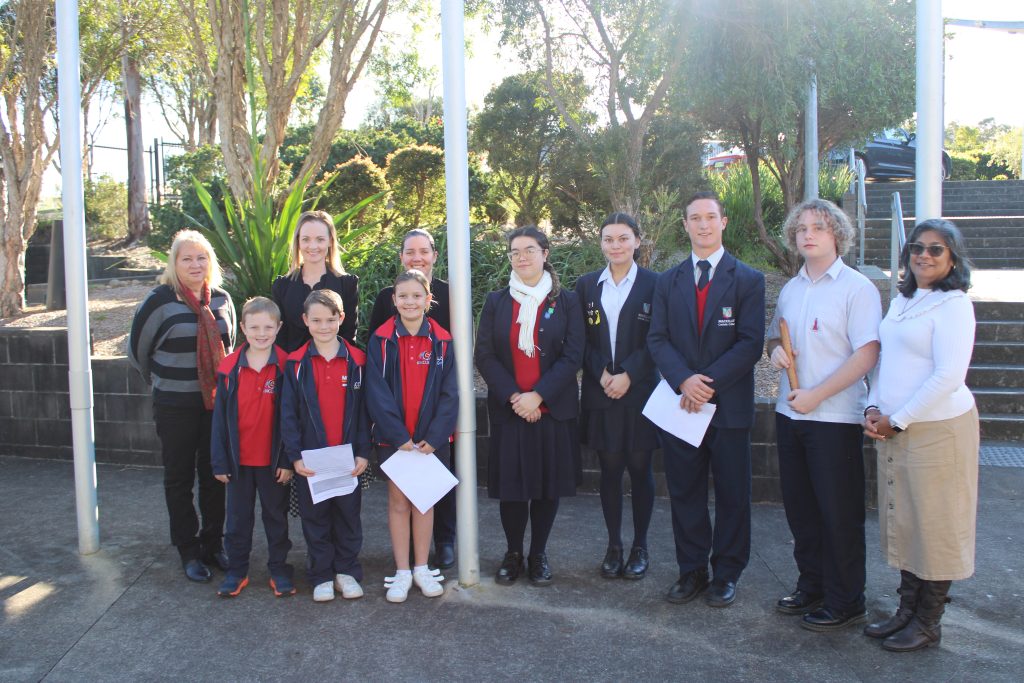